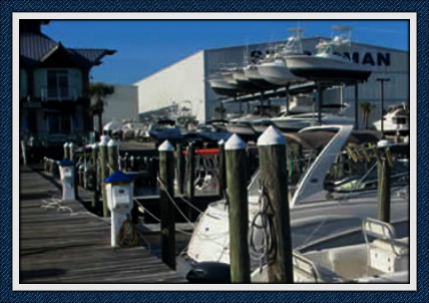 Are you looking for easy access to deep-sea fishing while on your vacation? If so, Terry Cove, is your destination! It’s been said, that Terry Cove is paradise for boaters and fishermen. If you wish to walk out, gear up, and be fishing within minutes, Terry Cove is for you. The Terry Cove area also offers restaurants and marinas that are listed below. There are two types of waterfronts found here, Bay Front and Canal Front. Bay Front refers to real estate located directly on the waters of Terry Cove with expansive views. The Canal Front real estate in Terry Cove, are found inland and feature man-made canals that offer easy access to the larger Terry Cove water. Most residents in this area are either primary residents or second home owners. Due to the lack of Gulf Front, there are less vacation renters that come to Terry Cove. The majority of buyers prefer the quiet and more peaceful atmosphere for just that reason.

Where is Terry Cove?

Terry Cove is located to the South by Marina Road, to the North by Canal Road, and to the West by Highway 161. After driving over the Perdido Pass Bridge in Orange Beach, Terry Cove is the first area of land you will see to the North.

What types of properties are located in Terry Cove?

There are a variety of traditional homes, condo buildings, and townhomes in Terry Cove mark the Canal Front and Bay Waterways. Home prices in Terry Cove range from the mid-$200k’s to the millions. In Terry Cove, you can also find homes below 150k, depending on your requirements. Terry Cove communities feature a first come-first serve boat slips, deeded boat slips, neighborhood boat launches, piers, and storage yards. If you are interested in lots of land in Terry Cove, it is very limited and in high demand.

What is there to do in Terry Cove?

There is no shortage on places to go in Terry Cove. The dockside rooftop of Shipps Harbor Grill makes for a great afternoon or evening dining. Sportsman Marina offers sun bathing and. If you want to venture to Robinson and Bird Island, they are just a few minutes by boat from nearly any location in Terry Cove. The City of Orange Beach purchased and preserved the Robinson Island in 2003. Robinson Island is a sanctuary for birds & wildlife and can be used by residents and visitors as a park or recreational area. Several charter boats operate out of Sportsman and Hudson Marina for deep-sea fishing or inshore fishing. Families enjoy the Pirate Ship Adventure that departs out of Hudson Marina. There are a number of activities like hiking on a Backcountry Trail or at Rattlesnake Ridge which starts fairly close to the West end next to the City Hall. A large number of recreational facilities owned and maintained by the City of Orange Beach, such as the Public Library, Senior Activity Center, and the Art Center.